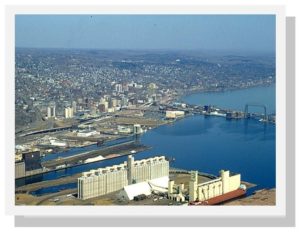 “A committee that actually gets work done”

The HTAC is a working group for addressing challenges and opportunities in the Duluth-Superior harbor, while promoting the port’s economic and environmental importance to both communities.

It is one of three advisory committees to the Metropolitan Interstate Council (MIC), the federally designated Metropolitan Planning Organization (MPO) for the Duluth-Superior urbanized area.

And it is unique–the only stakeholder group of its kind in the country.

More important, it is, in the words of former Duluth Seaway Port Authority Director Adolf Ojard, “a committee that actually gets work done.”

None of these problems affects one group alone, and none can be addressed except through the coordinated action of many diverse organizations and individuals. The HTAC has emerged as a national model for doing just that, through planning, collaboration, information sharing and long-term institutional involvement.

Its diverse members all hold a stake in the continued success and health of the harbor. Participation on the HTAC encourages representatives from industry, government, academic, environmental, regulatory and citizen groups on both sides of the bridge to recognize that although they have distinct missions they also have shared goals.

HTAC members, in other words, are genuine stakeholders who have, over its 20-year history, learned the value of playing nice and working hard together. 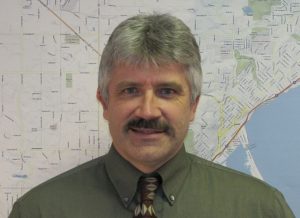 One recent example of the HTAC’s successful, collaborative planning process is what’s happening at Erie Pier. It might seem a little hard to get excited about this “hidden in plain sight” facility on the Duluth waterfront—but it represents an entirely new paradigm for dredge material handling.

Thanks to the efforts of many HTAC members who undertook an intensive multi-year planning process, and to the US Army Corps of Engineers which subsequently agreed to make a significant investment in redesigning and re-engineering the facility, a major physical restructuring of the full-to-capacity Contained Disposal Facility at Erie Pier was undertaken to convert it to a Recycle-Reuse Facility.  It utilizes hydraulic sorting to separate out the clean, uncontaminated sand and silt that’s dredged from the shipping channels for reuse in large-scale projects such as road construction and landfill cover.

The Duluth Seaway Port Authority now manages Erie Pier dredge materials as a valuable, re-usable resource instead of a waste product.  By creating a cost effective and environmentally sound alternative to standard dredge material disposal practices, it will save local taxpayers the millions of dollars it would have cost to develop a new CDF.

It also has the potential to change the way other Great Lakes ports manage their dredging operations.  Erie Pier has recently gained the attention of the Canadian federal government, which is looking at the Erie Pier facility as a model for a new hydraulic sorting procedure at one or more of their dredging sites.

Most port communities face similar challenges.  For this reason, we’ve been invited to present the HTAC model at many national-level planning and port conferences in recent years.

You can follow or participate in this notable initiative that’s happening right here in Duluth-Superior.  For more information or to get on our meeting mailing list, check out the HTAC page on the MIC website at dsmic.org/htac.

Why do sidewalks matter?

Did you know that it’s estimated that up to 40% of the U.S. population does not drive? This includes children, of course, but also people who are disabled, elderly or choose not to drive. Sidewalks, not roads, are the main transportation facility for a big chunk of our community.

We’ve all seen people walking in the roads, but it’s not hard to see that sidewalks provide a preferable space for pedestrian travel than using the street. Take a close look at the picture for this post – it’s one that we took several years ago of an elderly couple making a perilous winter journey (presumably out of necessity) along the shoulder of Central Entrance near Miller Hill Mall, Duluth’s main commercial district.

Besides providing a safe passageway for all to use, investing in sidewalks—infrastructure that promotes walking—has many benefits spread widely across the community.

It’s not news that an increasing portion of the population, including many children, lack regular physical exercise. And walking is one of the most practical ways to increase physical activity among a broad population.

Health experts believe that more balanced transportation systems can contribute to improved personal and community health not only because they accommodate and encourage active transportation, but also because they provide opportunities for increased social interaction and, with more “eyes on the street” can reduce crime.

A good sidewalk network, by providing “walkable” infrastructure, is strongly linked to a community’s economic vitality. According to the Seattle Department of Transportation, “walkable neighborhoods typically have active streets that promote commercial exchange, while providing safe and efficient ways for residents to travel on foot.”

Sidewalks can also promote less reliance on automobiles, when walking is an option for shorter trips.

Walking tends to be particularly important for elderly, disabled and lower-income people who have few opportunities to participate in sports or formal exercise programs and more limited transportation options.

And most trips that anyone makes have a walking component, whether it is between a parking spot and a final destination or to and from a transit stop.

That’s Where We Come In

The MIC has been working with the City of Duluth and area stakeholders on a two-phase study of Duluth sidewalks. In today’s financial climate, resources for sidewalk maintenance and development are limited. Good information is needed to utilize those scare resources efficiently. A number of citizen groups in the Duluth area, as well as city administration, have requested that sidewalk information be developed to assist with making targeted decisions about sidewalk improvements. The results of this analysis will be used to determine future capital improvements for sidewalk development, preservation, snow removal and maintenance.

The first phase—the sidewalk inventory—has been underway since last spring to develop an accurate inventory of where sidewalks are located and what condition they are in. When it’s complete, this information will be presented as a searchable GIS tool.

The second phase of the study—priority pedestrian modeling¬ will identify which sidewalks are the most heavily used, based on pedestrian generators such as schools, retail areas and transit stops. Other information considered in the model includes population density, poverty rates and transit ridership.

So, what do you think?

Negotiations on the new federal transportation bill may eliminate funding for bike and pedestrian infrastructure and dedicate it to the construction of roads and bridges only. Are sidewalks part of your personal transportation network? What ones around town do you use, or present obstacles?

Political gridlock in Washington has resulted in years of legislative limbo in dealing with our nation’s aging infrastructure.  But something needs to happen by March 31, when the eighth (!) extension of the SAFETEA-LU federal surface transportation bill expires.

In a possible sign of progress, both the House and Senate have pledged to take action on the reauthorization process, which sets the laws, priorities and spending levels for federally-funded transportation projects and programs for the next several years.  And indeed there has been a lot of Congressional activity this past month and even this past week.

But reaching agreement on what exactly will be included in the new transportation bill—and how to pay for it—is a convoluted process.  Enacting a bill by the end of March will require that both the House and the Senate negotiate no fewer than ten procedural hurdles and more significantly, overcome deep political and philosophical differences.  And from what we’ve seen just this week, there are plenty of differences to reconcile.

From our perspective, the proposed legislation contains some good news in that it is favorable to existing MPOs such as the MIC so that we can continue our work to plan, prioritize and coordinate federally-funded transportation projects with local input.

Of concern to us, however, is that funding for the Safe Routes to School program is eliminated, along with the Transportation Enhancements (TE) program and “complete streets” projects that make infrastructure improvements for bikers and pedestrians in addition to cars.

Certainly important to all MPOs, these funding categories would be turned over to the discretion of state DOTs to decide if and how they are continued.  Essentially, states would have the option of spending money on these types of projects, but would no longer be required to.  As the League of American Bicyclists commented, “it basically eliminates the status and standing <of the bicycling community> in the planning and design of our transportation system—a massive step backwards…to a 1950s highway- and auto-only program.”

Then, also troubling, the House Ways and Means Committee weighed in with a proposal to eliminate gas tax funding for bus transit and other mass transportation systems.  Transit, Air Quality Improvement, Congestion Mitigation and other programs would be placed into a renamed Alternative Transportation Account and would need to be funded annually through the general fund and annual appropriations process.

Non-auto oriented transportation programs, however, do have a measure of bipartisan support, which up until recently has been how our country has made its important transportation infrastructure investments.  Several House Republicans, led by Rep. Tom Petri (R-Wis.) with backing from Democrats, attempted to amend the draft bill to restore funding for bike and pedestrian projects and Safe Routes to School.

And the Senate has so far managed to reach bipartisan agreement on their version of the bill. A two-year, $109 billion reauthorization, called Moving Ahead for Progress in the 21st Century or MAP-21, passed the Environment and Public Works Committee last month.  The transit component of that bill was released by the Senate Banking Committee with unanimous bipartisan support for public transportation programs at current funding levels and includes some reforms — such as allowing federal funds to be spent on operations — that transit advocates have been pushing for.

The sticking point: how to pay

You may have heard by now that the House’s bill, in addition to cutting some transportation programs to pay for the reauthorization, proposes a new source of revenue in the form of royalties from new oil and gas drilling leases on public lands and federal waters.  This, however, is a contentious issue and may or may not make it into the final bill during the step when the House and Senate reconcile their two versions into a final bill.

Pressure at the state level

Much of the pressure to pay for the problem of the nation’s aging bridges, highways, and transit systems will fall to the states. Most—like Minnesota and Wisconsin—are refocusing their priorities on preserving and maintaining the existing system rather than constructing new roads.

Although states may consider raising their portion of the gas tax, or automatically increasing the existing rate for inflation, finding new ways to fund transportation will require innovation, new technologies, and smarter management practices to ensure their scarce resources address the key problem areas.

MnDOT is conducting studies on new user-fee mechanisms that assess fees based on how many miles you drive on the roads rather than how much gas you put in your tank.  Other states are considering expanded use of tolling and state infrastructure banks.

Unpopular at the personal level

And many of these new options may be downright unpopular.  As we noted previously, it’s not just our politicians who will need to make some attitude adjustments.

No matter how long it takes for Congress to hammer out a new transportation bill, and despite the cuts it will make or efficiencies it will impose, all of us, as beneficiaries of the transportation network, will need to be willing to make a shift in how we think about paying our way.