As this area’s designated Metropolitan Planning Organization (MPO), the MIC is required to develop and maintain a fiscally-constrained Transportation Improvement Program (TIP) for Duluth, MN, and Superior, WI.  The TIP is a four-year financial program that identifies the surface transportation projects that will utilize federal funds. It lists the descriptions, timeframes and costs for each project.

All projects must be identified in the MIC’s current 25-year Long Range Transportation Plan in support of the Duluth-Superior area’s goals and transportation system needs. Multiple transportation modes are funded, including roadways, transit and bicycle and pedestrian facilities and rail projects. TIPs are updated annually, following separate processes and time frames established by MnDOT and WisDOT.

See links, above and at right, to view the current, approved TIPs as well as the ones that are being developed for the upcoming four years.

The MIC, in cooperation with MnDOT and the Duluth Transit Authority, cooperatively implement a process for solicitation, prioritization, and selection of transportation improvement projects which are eligible for federal aid.

MPO member jurisdictions and agencies that are interested in pursuing transportation projects within the MIC planning area must follow a specific process and satisfy certain criteria.

The TIP is fiscally constrained by year and includes a financial analysis that demonstrates which projects are to be implemented using existing and anticipated revenue sources, while the existing transportation system is being adequately maintained and operated.

The financial analysis was developed by the MIC in cooperation with MnDOT, the Duluth Transit Authority, and local jurisdictions who provided the MIC with historic transportation expenditures and forecasted transportation revenue.

In developing the financial plan, the MIC considered all projects and strategies funded under Title 23, U.S.C., and the Federal Transit Act, other Federal funds, local sources, State assistance, and private participation.

The MIC affords opportunities for the public and other interested parties to comment on the proposed and approved TIP. Public meeting notices are published in the Duluth News Tribune, the newspaper of record for the MPO, and the TIP document is made readily available for review and comment.

The TIP public participation process is consistent with the MIC’s Public Involvement Plan. The process provides stakeholders reasonable opportunities to comment on the TIP, its proposed projects, and changes that may be made to programmed projects.

Public comments obtained can be found in Appendix of the TIP document.

Annually as part of the TIP, the MIC self-certifies along with the MnDOT that the metropolitan planning process is being carried out in accordance with all applicable requirements. Requirements relevant to the MPO include:

In accordance with federal regulations and guidance from both state DOTs, we are working to incorporate performance measures into the Duluth and Superior area TIPs. 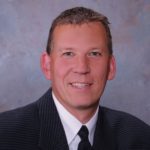