Let’s Make Life a Whole Lot Easier for This Guy 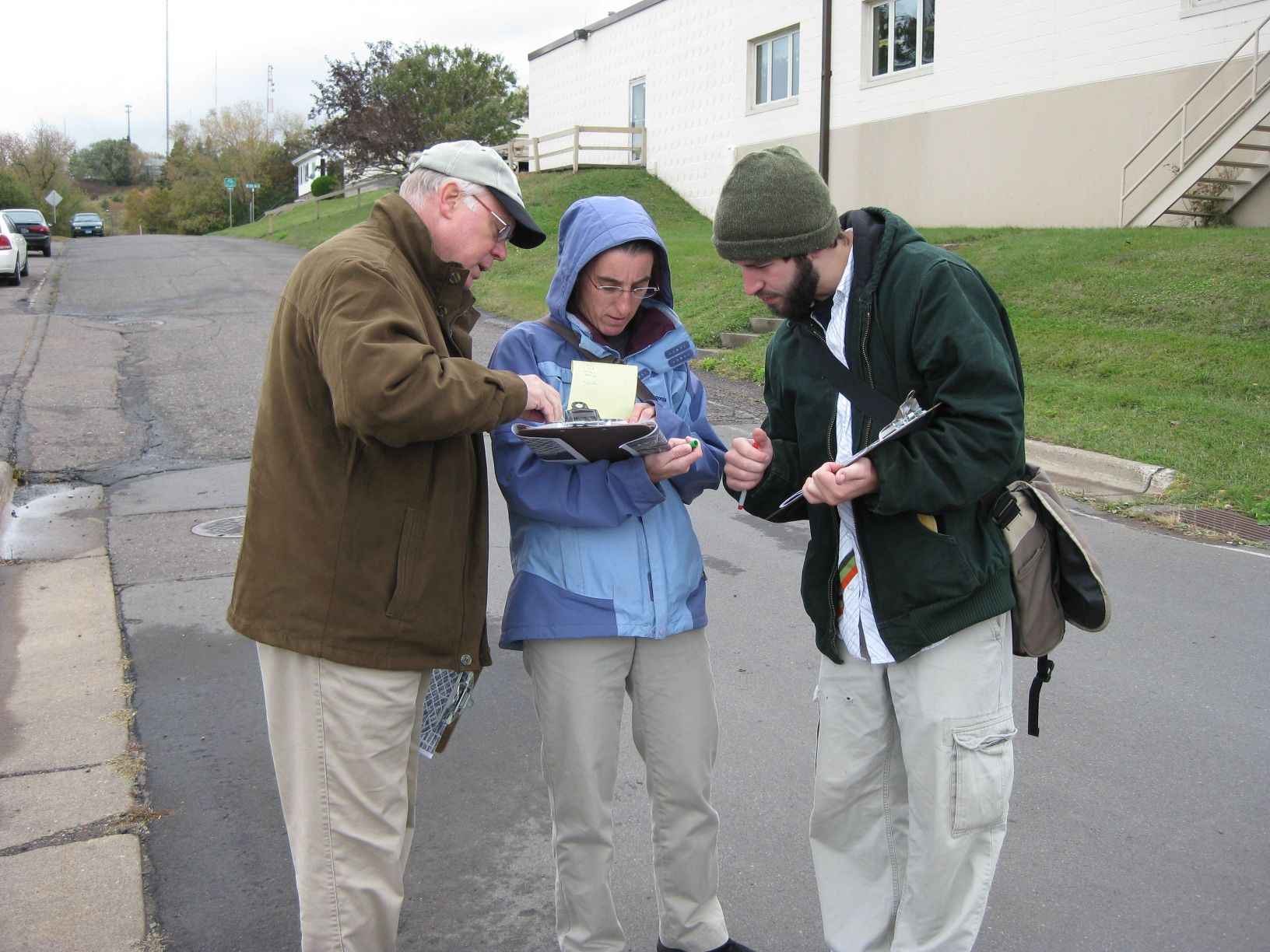 The City of Duluth has an interesting long-term vision for Central Entrance.  They, along with area residents and businesses, see it as having the potential to be an inviting and attractive destination within the City.  They would like it to function as the “main street” of the Duluth Heights neighborhood and become more walkable with better access to area businesses.

Which is almost hard to imagine, if you agree with the many other residents who currently regard Central Entrance as basically unpleasant—as a road to be tolerated while running errands or going to work, if not outright avoided.

And there’s a reason for this.  Central Entrance is classified as a principal arterial roadway, meant to efficiently move high volumes of traffic between urban areas.  Although a vital cog in Duluth’s transportation system, Central Entrance is simply not conducive to modes of travel besides driving—to people walking or biking, as you would expect along a true “main street.”

Our Central Entrance Corridor Study, currently underway, aims to identify ways to improve the transportation experience for everyone, drivers and non-drivers alike, who travels along that roadway.

Specifically, we are examining the transportation network in this area and identifying changes that will make the corridor more compatible with the vision for the future land use.  The ultimate objective is to maintain traffic mobility and flow, while improving safety and that sense of livability that a “town center” or “main street” implies.

As part of our planning process, some of the data we’ve collected so far includes information about the roadway such as sidewalk locations, bike routes, transit routes and stops, driveway access points, traffic counts, traffic control locations and types, and crash information.

We also conducted a survey to assess people’s attitudes toward traveling on Central Entrance.  Postcards were mailed to 3000 residents and businesses in the area, inviting them to go the MIC website and take an online survey and more than 100 people responded.

Here’s what we learned.

How do you travel along Central Entrance?

What are your destinations on Central Entrance?

Many people traveling through the corridor have multiple purposes for their trip. Access to shopping and services was the top weekday trip purpose chosen by 85% of respondents.  Work and social activities were destinations identified by just over half of the respondents.

Travel times during the week were heavily weighted toward morning (6-9am) and afternoon (4-6pm) peak travel times for work destinations and toward evening times (4-10pm) for those heading to social activities.  Weekday shopping travel was evenly spread throughout the day.

Weekend users of the corridor indicate that shopping, social activities and recreation were the primary destinations.  Travel times on the weekend were mostly during the daytime hours of 9am – 6pm.

Do you ever avoid traveling on Central Entrance ?

80% of respondents replied that they did.  When asked why, almost 90% listed congestion as the primary reason and 72% had concerns with excessive travel time.

It’s fair to say that those surveyed do not view Central Entrance in a favorable light.

So our job—finding ways and making recommendations to make pedestrians (like the fellow in the picture, above!), bicyclists and transit users, as well as drivers, feel more comfortable along that corridor.

Are these survey results consistent with your view of that roadway?  Do you share the City’s future vision for the corridor as a neighborhood center—not place to be avoided but an attractive destination?